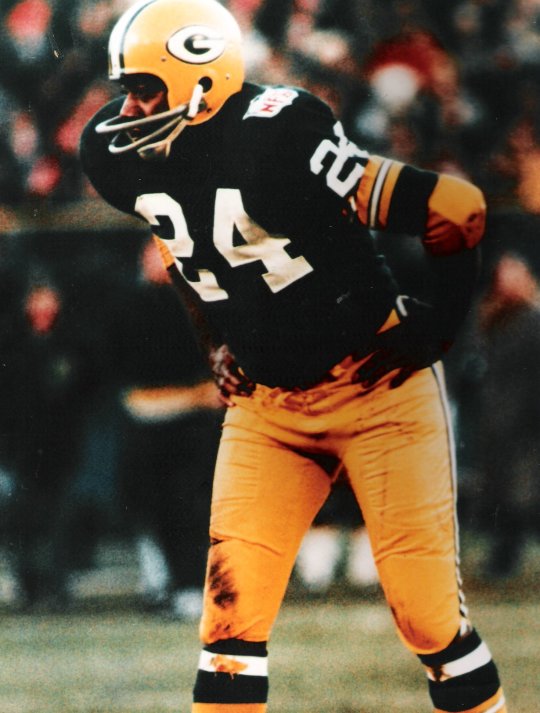 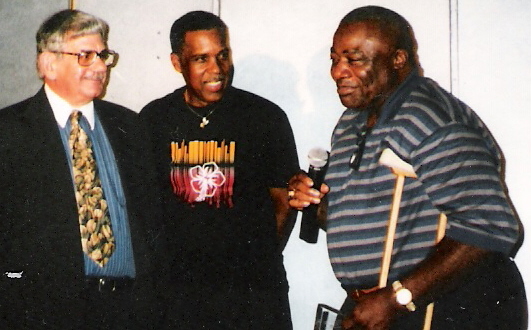 Willie Wood was blackballed for standing up against drug use by NFL players. The late Washington Times Newspaper sports columnist Dick Heller and I campaigned to have him inducted into the 1989 NFL Hall of Fame.

When the NBA ignored Earl Lloyd’s contributions Red Auerbach and I campaigned to have him inducted into the 2003 NBA Hall of Fame.

Dick and Red are two of the reasons I coined the phrase, “Every black face I saw was not my brother and every white face I saw was not my enemy.” I have a clear understanding that I cannot wait for ESPN, HBO, and folks like Ken Burns, Johnathan Eig, and Randy Roberts to write my story. Thanks to “White Privilege and Black Hate” we have given them Carte Blanche to write and steal our history and carry it to the bank when they have never walked in our shoes.

You want to know something that was ass-hole backward, Ken Burns receiving an NAACP Image Award? He is the best example that there is something wrong in our community. There is an old saying, “Until the lions hire their own Public Relations firm, the glory of the hunt will always go to the hunter.” These guys are the hunters in Black America! Here it is all about control and they want control of what we see and when we see it. They gave us Stephan A and Whitlock!

For example; HBO has given Lebron James the ‘Green Light’ to produce an HBO special on the life and times of Muhammad Ali—are you kidding me? I was on a recent radio talk show with a friend and her co-host and they could not figure out for some reason what was wrong with HBO giving Lebron James the rights to produce the Ali Documentary! let us start with, he knows absolutely nothing about Muhammad Ali except for what he has read. I heard him while leaving the Floyd Mayweather and Manny Pacquiao fight saying “Floyd Mayweather is The Greatest of All Time (GOAT)” I said to myself “Can this brother be serious?”

He proved he was and his crew was not the sharpest knives in the draw when he was seen on HBO in a barber scene calling out NFL owners. He called them a bunch of old white men with a slave mentality!” I wonder who does he think controls Hollywood?

Ali made me proud when he gave me the first opportunity to interview him after he shocked the world with his historic knock-out in the 8th round of the undefeated and undisputed world heavyweight champion George Foreman in Zaire, Africa. This gesture was unheard of in media history.

The fight is now called the greatest fight in the history of boxing and is now known famously as “The Rumble in the Jungle.” When Ali arrived back in the U. S. he didn’t call Howard Cosell, Ed Bradley, Byrant Gumble or Ophra—he called Harold Bell. If the life and times of Muhammad Ali are produced by Lebron James it will truly be “Fake News!” You cannot give a man knowledge he does not have and make us think it’s authentic because they have made him ‘The Chosen One.’

Tiger Woods recent remarkable comeback on the greens of the Masters’ Golf Tournament is one for the record books, but in no way compares to the comeback of Muhammad Ali. Yea, there was a 14-year hiatus from his winning the Masters, but he never left the game. He was never barred from making a living. He always playing competitive golf somewhere. He was never at a financial loss like Ali and had to borrow money from his rival Phil Mickelson. Joe Frazier stepped up and lend Ali money.

The level of racism that Ali faced, Tiger never faced. His problem when it comes to racism was self-inflicted by his father. His father never explained to him the White American “One Drop Rule!” The unwritten rule states, “one drop of black blood, despite having an Asian for a mother makes you black, negro, nigger, nigra, sambo, or anything else they want to call you.”

Black history is overrun with success stories (how we built this country) and accomplishments (the invention of the stoplight, etc). We cannot expect Henry Louis Gates and movie producer Will Packer to write and film all of these stories.

Let me introduce you to the benefactors of Kids In Trouble and Inside Sports who came through Kids In Trouble, Inc and Inside Sports. I enhance their status and uplifted their careers. I did it without an ABC, NBC, CBS, Fox News, or a CNN format. And there was no FM radio format. I am in no way saying I am responsible for their success, but I am saying they came through me and benefited from their association before or after their careers moves.

They read like a Who’s Who, meet 50 of those who benefited in alphabetical order using Kids In Trouble, Inc and Inside Sports as springboards or to enhance their stations in life.

The greatest to ever play in the NFL, but was off-side in the Game Called Life!

Vashti McKenzie (1st female Bishop in the AM & E church)