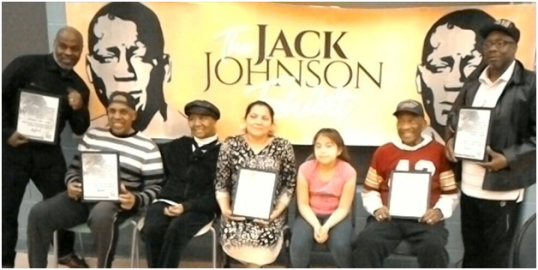 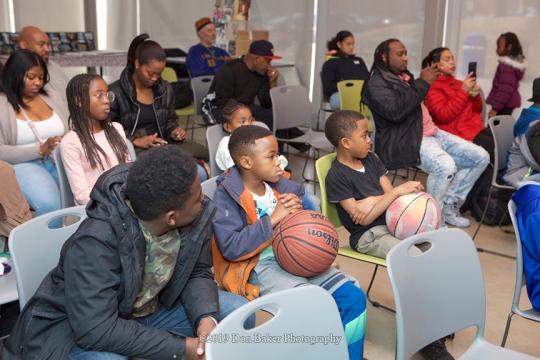 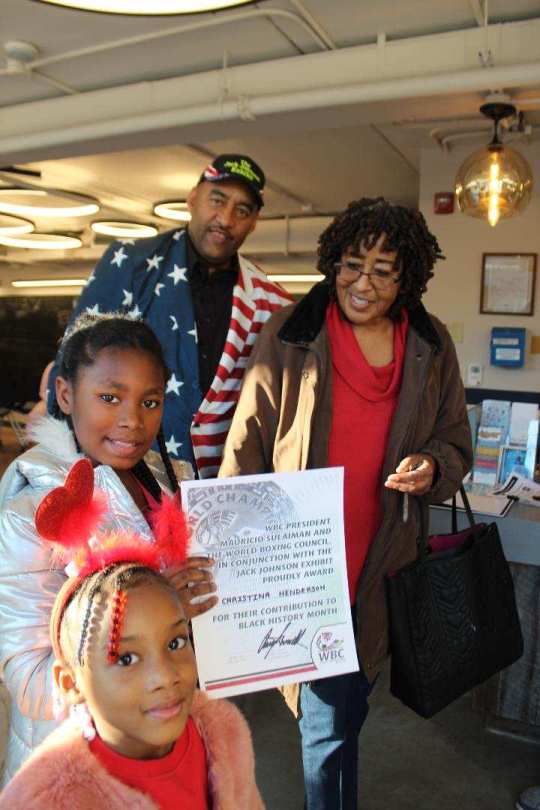 In the 80s and 90s, I remember watching CBS on Sunday Mornings with host Charles Kuralt. He traveled the country interviewing people from all walks of life, it was not only entertaining television, but it was also enlightening and educational television. Meet Aaron Snowell without the television format during much the same thing with the Jack Johnson exhibit. He travels the country with his side-kick Will Williams and Johnson’s niece, Linda Haywood trying to educate the masses.

In February Aaron made a stop here in the Nation’s Capitol visiting community and recreation centers to spread the word about the first and greatest heavyweight boxing champion of all time. I know the first name that comes to your mind is Muhammad Ali–meet Jack Johnson. In December 1908 Johnson knocked Tommy Burns out to become the first black Heavyweight Champion of the World. 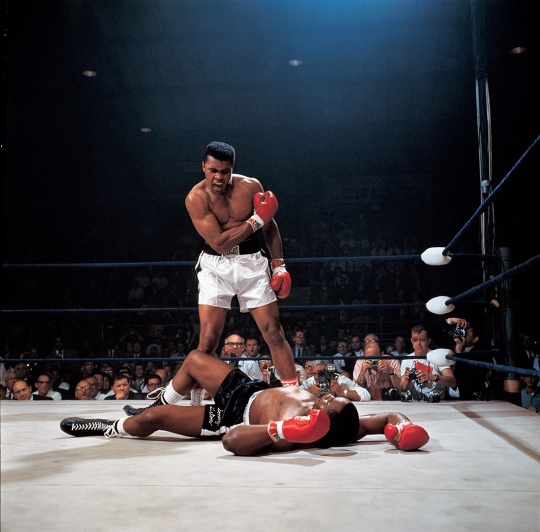 There were similarities, when Johnson knocked out Burns in 1908 he stood close by yelling for him to get up. Muhammad Ali seen in a similar pose in 1964 after his first round knockout of Sonny Liston, yelling “Get up sucker!”

It took 97 years for Jack Johnson to be granted a pardon that he asked President Woodrow Wilson for while he was serving a 10-month stint at Leavenworth prison in 1921. On Thursday, May 24, 2018, President Donald Trump finally answered that letter, granting Johnson a full and unconditional pardon for his 1913 conviction of a crime that amounted to traveling with a white woman. As Johnson sat in prison to serve a one-year sentence for violating the Mann Act. Even the attorney general serving under Wilson at the time had reservations about the case since the Mann Act was intended to punish human trafficking — not consensual relationships.

By all accounts a model prisoner, Johnson sent his pardon application to President Wilson in February 1921, but by the time it got to the White House Warren G. Harding had been sworn in. And for a brief moment, it looked like the Harding administration might actually grant it.

Harding’s attorney general, Harry M. Daugherty, told reporters he “might consider” a pardon for Johnson. He changed his mind four days later. The mere suggestion of a pardon had provoked an angry reaction.

Many thought President George W. Bush would grant Johnson a pardon, but it never happens. President Barack Obama elected the first black President of the United States surely would be a slam dunk to pardon the first black heavyweight champion of the world. The only slam dunks President Obama cared about were the ones found in pick-up games with his boys on a basketball court. His boys, Michael Jordan, and Charles Barkley.

The pleas for a Presidential pardon evidently fell on deaf ears. The pleas came from biographers, boxing champions, senators (Senator John McCain was very vocal), journalists, historians, actors, and musicians. Eight years later President Obama never looked back as it related to a pardon for Jack Johnson, his next stop, “Show me the money!”

Ultimately it was actor Sylvester Stallone, his conversation with Trump about the Johnson case led to just the third posthumous pardon knowingly granted by a president.

He then makes a U-turn and heads back to New Jersey for the Atlantic City Boxing Hall of Fame on Sunday, June 23rd. The inductees will include an all-star lineup, Bernard Hopkins, Roberto Duran Sr, Virgil Hill Sr, Mickey Ward, Iran Barkley, Tim Witherspoon Sr, Bouie Fisher, Butch Lewis, Jimmy Binns and a host of other honorees. Charles Kuralt would be proud of the Aaron Snowell Road Show with Jack Johnson, the Greatest of All-Time.

Harold Bell–https://www.theoriginalinsidesports.blog / https://www.blackmeninamerica.com (out of the 50 most watched African-American websites it is ranked No. 6)