Hattie T and me with Congressman Steny Hoyer’s Senior Community Constituent Service’s Coordinator, Daryl Pennington.  She congratulates us on our reach-back efforts in the community through our non-profit organization Kids In Trouble, Inc.  Daryl presents us with a certificate from Congressman Hoyer.

When “The Harold Bell Story ” made its way to the Big Screen on Sunday November 24, 2019, it was clear that Hattie T was there for more than just the ride.

She is a “Lady” of the south, a first born in Orangeburg, S. C. to Civil Rights icons, the late Dr. Charles H. Thomas, Jr. and Elease Thomas.  Her mother was a school teacher and her father taught psychology at South Carolina State University.  He was also the President of the local chapter of the NAACP and he marched with Dr. Martin Luther King in the early 50s. 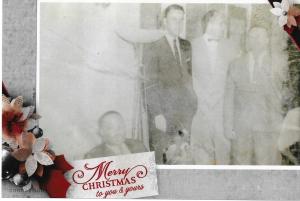 There is a faded Christmas card received from Dr. King to the Thomas family during the Christmas holidays in the late 50s. Dr. King is seen sitting on the left and Dr. Thomas is standing on the right in the home of the Thomas Family.  Dr. Thomas “FREEDOM NOW”.

Dr. Thomas and his wife seen here on the front lines led Orangeburg residents on the march for Civil Rights in the 50s.

In the meantime, his oldest daughter Hattie T and her siblings followed him and his wife Elease to the picket lines to protest racial discrimination in the city of Orangeburg.

Dr. Thomas is seen rescuing his children, Hattie T in sunglasses, Reggie and Loretta from the Orangeburg jail.

Dr. Thomas is a graduate of Dunbar High School in Washington, DC

Hattie T is a graduate of Claflin University in Orangeburg and received her Master’s Degree at Indiana University. She landed her first teaching job in Greensboro, NC at the HBCU Bennett College.

In 1967 she moved to Washington, DC which she considers her second home and accepted a job in the DC Public Schools at Cardozo High School in the NW Shaw/Cardozo community. The school was located several blocks from the historic U Street corridor. Hattie’s first teaching assignment—girls swimming coach. It was here she met me a youth advocate and her future husband.  I was volunteering as the wide receiver coach for the Cardozo football team.

Coach Harold Bell with DC Public School’s Inter-High West All-Stars with a show and tell of the proper technique of catching a football.  I never saw one I could not catch. 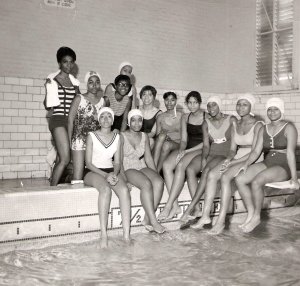 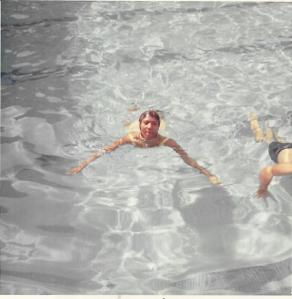 Top Photo: Hattie T with beginners in the Cardozo High School pool and me with Redskins’ RB Larry Brown and the late LB Harold McLinton at the Kids In Trouble Hillcrest Saturday Program.  NFL Films/CBS Sports is videotaping the first-ever national television community promo for the league.  Larry and Harold were teaching water safety to inner-city youth.

Hattie T and me became engaged shortly before the 1968 riots in April.  She watched me take to the dangerous streets of DC as a Roving Leader and Youth Gang Task Force member for the DC Department of Recreation and Parks.  I had nothing but a DC police badge for protection and God on my side.

I was on the streets for three days with co-worker Willie Wood (NFL) and U. S. Marshall-in-Charge, Luke C. Moore.  We were trying to keep the peace between the armed cops and military personnel with inner-city residents.  We were married in November 1968 and found our non-profit organization Kids In Trouble, Inc. in December.  This was just in time for our first-ever KIT toy party for elementary school children.

Hattie T was there when my Virginia Sailor football teammate the late George Kelly played the first-ever Santa Claus. Redskins’ LB Harold McLinton, WR Roy Jefferson, LB Dave Robinson, and QB Doug Williams would all follow his lead.  She was there for 45 straight years.  I was the host and coordinator for toy parties for elementary school children throughout the DMV to include Baltimore without grants or loans. 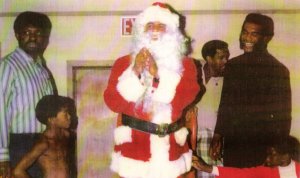 She was there in 1969 when President Richard M. Nixon invited me to the White House to renew an old friendship established in the late 50s when I caddied for him at the Burning Tree Golf Course in Bethesda, Maryland.  He honored me with a Presidential appointment. 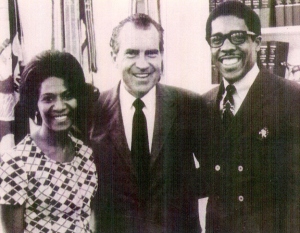 Hattie T was there in February 1972 when I became the first Black/Afro-American to host and produce his own radio sports talk show in DC.  It was her idea to name the new talk show “Inside Sports”.   The format changed the way we talk sports around the globe.

She was there in 1974 when Congressman Lou Stokes (D-Ohio) read my name into the Congressional Record on the House Floor for my work with youth gangs and at-risk kids on the streets of the inner-city.  On the Hill with Lou and NFL great Jim Brown. 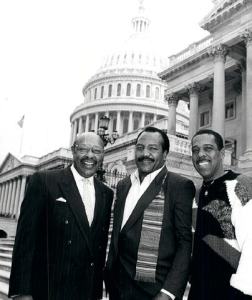 She was there when Muhammad Ali woke us up in the middle of the night inviting me to New York City to interview him after he had stunned the world with his 8th round knockout of the undisputed and undefeated heavyweight champion, George Foreman.  She was there when I became the first Black/Afro-American to host and produce my own sports television special in primetime on NBC affiliate WRC TV 4 in November 1975.  My special guest was Muhammad Ali. 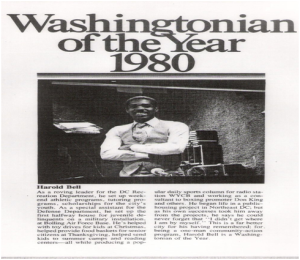 She was there on June 4, 2019, as the Executive Producer against all odds for my on-screen teaser “We Remember Muhammad Ali”.

She was there on Sunday, November 24, 2019, when my one of a kind documentary “The Harold Bell Story: I remember Muhammad Ali” against all odds made its debut on the Big Screen at the Miracle Theatre in Washington, DC. 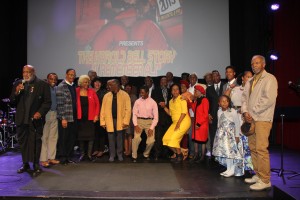 Former Redskin and vocalist Dick Smith closes the show with “My Way”. photo by fred shepard

Happy holidays to a “Phenomenal Woman”. 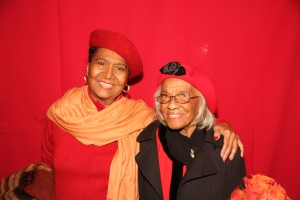 Happy belated birthday to my Aunt Elaine Stone who was 100 years young on June 4, 2019 photos by fred shepard