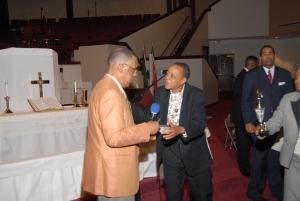 I don’t have a clue to where I met GiGi but you can bet it was somewhere in the war zones of the inner-city of Washington, DC. She was truly a sister in the struggle and for the past two decades she was a friend of Kids In Trouble and Inside Sports. When I heard of her passing I was stunned.

She was always a vibrant and energetic lady always trying to figure out a way to support almost any community endeavor when it came to her people. She was the ANC Commissioner in Ward 6 for several terms and served her constituents well. I remember when I helped to rescue a 15 year old autistic young girl off of the subway tracks at the Potomac Ave. subway station. The young girl had fallen or was pushed on to the tracks as I was exiting the subway train.

I saw people pointing down at her, but no one was attempting to rescue her. My first instincts were to jump down on the tracks, but a metro employee stopped and warned me I could be executed. We both laid flat on our stomachs and reached out toward the child asking her to give us her hand, but she just stared at us. Several more request were made, but still no response and I then notice the lights beneath me were blinking. This meant a train was heading into the station. I yelled “Honey please give me your hand” finally she reached up and I pulled her up with an assist from the other brother from metro. As we pulled her up to the platform, the trained rolled into the station and I broke out into a cold sweat.

There was hardly anyone on the platform and I could see metro was trying to cover the incident up. I left the scene without anyone asking me what had happen? Once I arrived home there was a message from GiGi asking me to give her a call. The first question, she asked was, ‘How was your day?’ When I got through explaining my day, GiGi said, ‘WOW.’ Right away she said, ‘Cover Up, but not on my watch!’ She ask me to stay by the phone and she would call me right back, but instead I received a call from a NBC WRC TV 4 reporter.

He wanted to meet me back at the subway station in the morning to be interviewed about the incident. Thanks to GiGi the interview was seen on the 6:00 news with anchors Jim Vance and Doreen Ginsler reporting. Doreen was jumping up and down in her anchor chair saying, ‘Now that is a hero’ but Jim sit there like he didn’t know me. My wife Hattie didn’t get Jim’s non-chalant attitude knowing how close we were once upon a time. 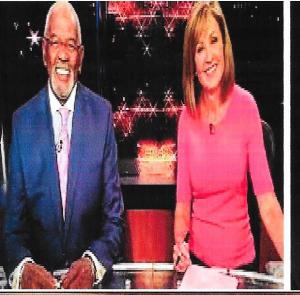 I never told her he had not spoken to me in over a decade.  All because I tried to save his life after a notorious drug dealer gave me a check he had written for drugs. The drug dealer was trying to save his life too, but it was still a business to him and he refused to cut off his nose despite his face. So since Jim and I were friends, he thought it best I tell him to step back. Mission Impossible–I failed to convince Jim and he kicked me to the curve.

My heroic actions was another slow news day to him. I owe to GiGi Ransom for making me a hero and chump all on the same newscast.  In 2008 Hattie and I celebrated our 40th wedding anniversary at Ebeneezer AM&E Church in Ft. Washington, Md. In attendance to help us celebrate were Doug Williams, Dave Bing, Chris Thomas, Butch McAdams, all the ‘Usual Suspects’ GiGi was the recipient of the Kids In Trouble Life Time Achievement Award.  On Saturday February 27th 2016 Kids In Trouble will celebrate Black History Month with a Tribute/Luncheon honoring Black Women with GiGi Ransom in mind—RIP my sister.