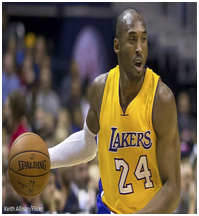 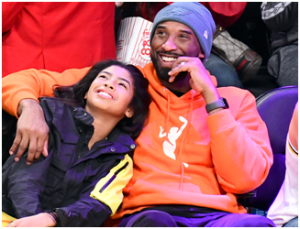 His wife Vanessa paid tribute to him and her daughter Gi Gi and the seven other victims at the Staples Center home of the LA Lakers on February 24, 2020. Kobe was known in the NBA as the Black Mamba. The Black Mamba is one of the world’s deadliest snakes and the fastest land snake in the world. Kobe adopted the name from a character in a Quentin Tarantino movie, “Kill Bill” an assassin. He thought the description would fit his play on the basketball court. He did a little research and took the name. He was anything but a snake after his NBA basketball career. He became a teacher and hero to his daughters and other young children when he opens the Mamba Sports Academy in Thousand Oakes, California to train young athletes. RIP Black Mamba.

Willie’s homegoing service was held at the Bible Way Baptist Church in his hometown of Washington, DC on February 19, 2020. He was truly a pioneer, the first black starting QB for the University of Southern California. He was overlooked in the NFL draft and wrote a letter to Vince Lombardi of the Green Bay Packers and the rest is NFL history. Willie was selected to the Pro Bowl 8 times and was an All-Pro 9 times during his 12-year career. The Packers won 5 NFL Championships and two Super Bowls on his watch. Coach Vince Lombardi called him “My Coach on the field.” Willie led the league in punt returns and interceptions. He was the first black head coach in modern-day pro football when he was named to coach the Philadelphia Bell in the WFL. The league folded and he became the first black head coach in the Canadian Football league for the Toronto Argonauts. He was inducted into the NFL Hall of Fame in 1989.  RIP my friend.

SOMEONE HELP BLACK WBC HEAVYWEIGHT CHAMPION DEONTAY WILDER HE HAS FALLEN AND CANNOT GET UP!

Tyson Fury predicted he would knockout Wilder in the second round of their rematch. On February 22, 2020, he was five-rounds late and took him out in the 7th round. A third and rubber match would be more of the same. Deontay Wilder’s days in pro boxing have come and gone at the age of 35. The late boxing historian Bert Sugar and I often talked about finding our own “White Hope” in pro boxing to carry us to the bank. We missed the Klitschko brothers, Vitali and Wladimir from the UK and now Tyson Fury.

We always want to blame others for our station in life, for example, from 1969-2020 Black Mayors have been in charge (50+ years).  We can start with our first black mayor, Walter Washington and present mayor, Muriel Bowser.  When I read in a community newspaper that Ward 5 City Councilman Ken McDuffie had to write a bill into law to have a course in Black History added to the DC Public School’s curriculum, I could not believe my eyes. Black History Month February 2020 marked 50+years of blacks in-charge of the city and no classes were being taught in BlackHistory?  Every Superintendent/Chancellor of education has been a person of color!  Something is wrong with this picture. 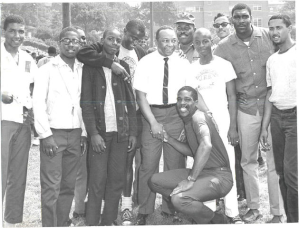 DC Mayor the late Walter Washington and I tour the 1968 riot corridor of Georgia Ave. NW with a stop at Banneker playground.

DC PUBLIC SCHOOLS AND BLACK HISTORY / Mayor Muriel Bowser is often seen hugging and kissing black babies while selling out black children.  We often question why high profile government officials like President Obama and others bypass the DC Public School system–look no further than a lack of leadership!

The Mayor’s co-conspirators are the DC Police Department, Delegate Eleanor Holmes Norton, School Chancellor Dr. Lewis Ferebee, Council Persons, Vincent Gray, Arnita Barnes, and Trayon White, and any other city official who claimed to be a person of color. Mayor Bowser just signed on to support “The King of Stop & Frisk”, former New York City Mayor, Mike Bloomberg. He is campaigning to become President of the United States. She is campaigning for a job if he becomes President, her time runs out in the Mayor’s Office in 2020.

On Thursday, February 27, 2020, I was the guest speaker at the School of Communications on the campus of HBCU Morgan State University for Black History Month.  I was sad that I had to bring breaking news from my hometown Washington, DC that Black History was being suppressed had taken a turn for the worse, but there was some light at the end of the tunnel.  DC City Councilman Ken McDuffie (Ward 5) had just written a bill into law that Black History will be added to the curricullum of the DC Public Schools.  I had no clue that a course in Black History was not being taught in our schools when I served on the Community School Board in the late 80s under Superintendent Andrew Jenkins.  I took for granted that Black American History was being taught in our classrooms.  The students pointed out to me that their city was also in crisis.  The former Black Mayor Catherine Pugh had just been sentence to three-years in prison for corruption.

STOP & FRISK IN WASHINGTON, DC WITH TICKETS GIVEN TO 70% BLACKS and 86% WERE STOPPED FOR NON-TICKET OFFENSES? These “Stop & Frisk” tactics were used by the DC Police Department. They are against the law, but evidently, DC cops think they are above the law. This tactic has been declared unconstitutional in cities around the country. The buck should have stopped at the Mayor’s office. 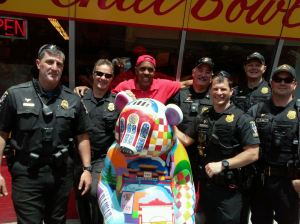 In the meantime, Black on Black murder spikes in DC.  In the first two months of the year it is the worst it has been since 2010.  All on the watch of DC Police Chief Peter Newsome.

STOP & FRISK IN WASHINGTON, DC WITH TICKETS GIVEN TO 70% BLACKS and 86% WERE STOPPED FOR NON-TICKET OFFENSES?  These “Stop & Frisk” tactics were used by the DC Police Department.  They are against the law, but evidently DC cops think they are above the law.  This tactic has been declared unconstitutional in cities around the country.  The buck should have stopped at the Mayor’s office.

WHEN BLACK WAS NOT BEAUTIFUL!

In 2017 Mayor Bowser hands the keys to the city to DC Police Chief Peter Newsome. Newsome is a known alcoholic and has a history of domestic violence. TV channels 4, 5 and 9 have all done exposes on his law-enforcement career. Crime has spiked every year he has been in office! Ward 8 the home of City Councilman Trayvon White is considered the most dangerous place to visit after dark.

BLACK BALTIMORE MAYOR SENTENCED TO 3 YEARS IN JAIL FOR CORRUPTION!

NO PERSONS OF COLOR PARTICIPATING IN SUPER TUESDAY!

The front-runners for the Democratic Party are former Vice-President Joe Biden and Bernie Sanders.

Hopefully, March will blow ill-winds and blow ill people out of office and out of our community in November 2020.