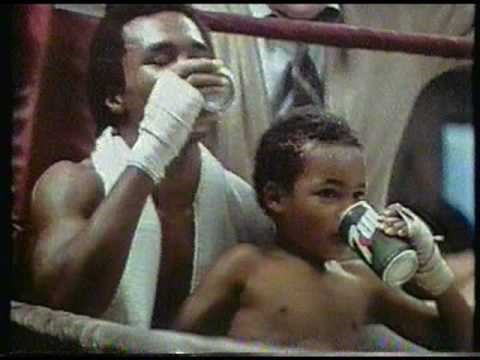 The young child whose picture Sugar Ray Leonard worn on his socks in the 1976 Olympics was then a 37 year old independent young man in 2011. He says, “I am trying to be a better father to my children than my dad was to me.”

In the meantime, Sugar Ray Leonard, Sr., shows up in his hometown of Washington, DC to promote his new book titled, “Sugar Ray Leonard: The Big Fight in and out of the Ring.” Sugar Ray Leonard kicked off the tour in New York City and then moved on to the ESPN studios in Bristol, Conn. where all of his charm was on display.
Ray Sr. was first seen earlier in the studio giving dance lessons to one of the ESPN female reporters. During the interview with a different female reporter there was little or no conversation about the book. The interviewer touched briefly on the sexual abuse issue. The 10 minute interview was spend talking about his performance on “Dancing with the Stars” and if the eventual winner of the contest Pittsburg Steelers’ WR Hines Ward could beat him in a street fight! When he made it to DC the media cheerleaders were in rare form. The first stop was the nationally syndicated Tom (aka Fly Jock) Joyner Morning Radio Show.

When I listen to morning talk radio (rarely) I listen to The Tom Joyner Show.
I try not to ever miss the Huggy Bear segments of the show. Huggy can usually start my day with a smile. I have been honored on the show during Black History Month as a “Little Known Black History Fact” and there was a story written on my community exploits. There was talk in the black community that Tom and his crew take the black community as a joke and seldom discuss the issues that are important to them, everything is always a joke! The departure of Tavis Smiley caused many listeners to think of him as a selfish ego tripping personality that took him self too serious. That school of thought has since changed he is all that and more.

I made sure I e-mailed Tom my blog on Sugar Ray Leonard and the lies Ray has been living throughout his boxing career. He continues to live those same lies today in and out of the ring. This was the opportunity to prove whether Harold Bell was a liar or was Sugar Ray Leonard perpetrating a fraud! Tom starts the interview by asking “Ray why did you put in the book the part about the sexual molestation by one of your boxing trainers? I could have lived with just knowing of your success as a boxer!” The response was pure B. S. Ray claimed he didn’t fight the sexual advances off because one of the perpetrators was giving him money and the other held his Olympic future (penis) in his hands. His response proved he was involved in homosexual acts before the 1976 Olympics. Tom never pressed the issue of who the perpetrators were!
A good reporter or interviewer would have to know or should have known there were more than two trainers/ boxing coaches involved in Sugar Ray Leonard’searly career. Ray’s cop-out by not naming the perpetrators left his other coaches/trainers with question marks as it relates to their sexual preference!
There are those who were in the inner-circle who remember one of Ray’s trainer/coach Jank’s Morton picking him up late at night and they would go for long rides not to return until the wee hours of the morning? The two trainers/coaches Pappy Gault (House of Champions) and Jim Merritt (Hillcrest Boxing Club) are both dead.
Tom Joyner asked Ray to respond to Atlanta Pastor Eddie Long’s homosexual charade, he paused and said “No comment.” I thought he was going to apologize for asking the question. Tom sheepishly replied, ‘okay’ and moved on to the next non-enlightening question, ‘How is little Ray?’
Ray: “little Ray is 37 years old and has given me 4 grandchildren. He is a sharp and smart young man and doing real well.”
Tom: What about Juanita?
Ray: Tom this book has given me the opportunity to make amends and apologize to her because I was not a good husband or a good father (talking about an understatement he wasn’t even a good brother!)
Tom: What is happening with your boxing promotions?
Ray: It is on the back burner for the time being but I am going to get back into it and I am thinking about bringing you in!
Tom: I am ready lets do it, Ray Leonard’s new book it is in the stores!
Sad commentary, but that is par for black news in the black community.
It is either one or two things, you are either getting it a week late or when you get it LIVE it is filtered. Sounds all too familiar!
Next stop is Fox 5 Morning News and they open up the Ray Leonard segment with him dancing with the female reporter who just happens to be doing the interview.
Ray puts his foot in his mouth several times, once he claims he didn’t have a girlfriend until he was 20 years old but the fact remains that Little Ray was born when he was 17! What was Juanita lunch meat? It gets worst at W-U-S-A TV 9 where the interviewer is sports anchor Bret Haber who is so infatuated with Ray I thought he was going to lean over and kiss him. He is definitely no Warner Wolf or Glenn Brenner! The weatherman Topper Shutt was heard on set saying, “I wanted to ask Ray to sit in for me but I was scared he might be too good.”
The only thing missing from the set was anchorman Derrick McGenty wearing a short skirt and waving pom-poms.
Ray was last seen at a book store on Connecticut Ave NW it was here the Usual Suspects showed up to pay homage and kiss his ring. Boxing/trainer Janks Morton was the first in line followed by his two brothers, Kenny and Roger and long time friend Claude Boger. Missing in action were Team Leonard members, Dave Jacobs, Irving Millard and Julius “Juice” Gathling.

Inside Sports Co-host Ray is seen here on W-U-S-T Radio talking with several middle school students before the show as Janks looks on. 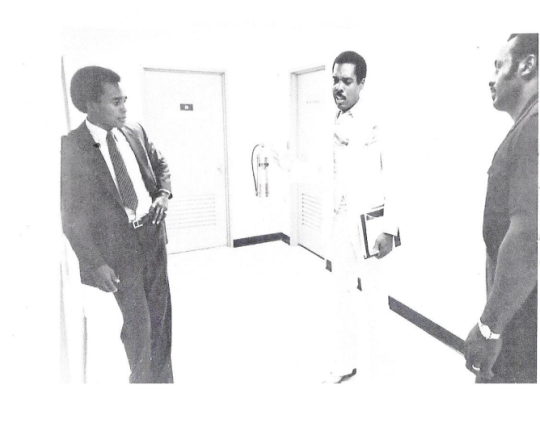 I am asking Ray why he fired trainer Dave Jacobs and I asked him to re-hire him and he did. Janks was not a happy camper.

On Wednesday June 8, 2011 Ray Leonard Jr. read my blog account of his mother Juanita and he allegedly pulling a gun on his father and this was his response:
“I have never pulled a gun on my father. I am a great father and husband to my wife and I have not followed the same path. Please do not slander my name by saying something that is far from the truth. 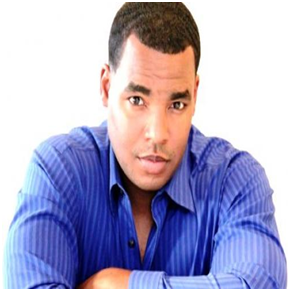 Today your father is considered to be one of the greatest boxers of all-time, and according to Mike Trainer he has earned over 100 million dollars but that does not count what Trainer took to the bank for himself without Ray’s knowledge. Ray is now a member of the Boxing Hall of Fame. My question to you and your father—where is the beef? Ray Jr., I am hoping that when you decide to write the book to clear your name, suggested title “Sugar Ray Leonard, Jr. I am not my father.” It is either that or change your name. Peace of mind is not for sale!
In closing, I thank you for wanting to set the record straight. I wish you nothing but the best in your endeavors and may God continue to bless you and your family.

I can not go back and change the transgressions of my father, but I can stop the cycle and not put this burden on my kids. My father is still a deeply troubled man, and the scars from what I went through as a kid, and still deal with as a grown man will stay with me forever. We all have a responsibility to be good people and produce better people. My entire family is a mess, and I moved way out to where I live to get away from it all. I was going in that same destructive path for some time, with the women, drinking, and since of entitlement, I woke up and decided to stop the cycle anyway possible.
I have been married for almost 9 years and have been with my wife for 13 years. I have 4 wonderful children, 2 girls and 2 boys. My oldest will be headed to UCLA or Stanford in a year and I couldn’t be happier. I am actually in the process of meeting with a writer to write my own book, because I am the only one not under contract to never be able to write anything negative about SRL. Even though I have enough things to say that would shock many people, I will not be airing my family’s dirty laundry in the book. I will speak the truth on the things that have already been said and hopefully give a road map to others that end up following in the path of their destructive parents. I am far from a perfect man, but I can look my self in the mirror and face my family everyday with no regrets. I appreciate your contribution to sports journalism and hope you continue to speak the truth on what you feel is right.

I have attached a picture of me and my family, which is the reason I strive to be a better man every day.

Summary:
I had heard years ago that Sugar Ray Leonard Sr. had made each family member sign agreements not to ever write anything negative about him with the threat of cutting off the dollars! I commend Ray Jr. for having the courage and strength to write this response to me. It proves that a good apple can fall far away from a bad tree!

This was a newspaper story that was planted in the L. A. Times by Mike Trainor and Janks Morton. It was penned by sports columnist Earl Guskey in 1989. The story claimed that Ray had fired me from among his ass-kissing entourage because I was unhappy that he would not make a donation to my non-profit organization Kids In Trouble, Inc. and he would not give me a job! This was BS, KIT was the same organization he benefited from when he was in trouble. Media fraud and cheerleaders like Guskey, Buzz Bissinger, Tony Kornheiser, James Brown, Mike Wilbon have all helped Ray perpetrate this fraud on his fans. Ray Jr. knows better.

Note Worthy:
There is an annual contest at Duke University for the most
appropriate definition of a contemporary term.
This year’s term was: “Political Correctness”
The winner wrote:
“Political correctness is a doctrine, fostered by a delusional, illogical minority, and rabidly promoted by an unscrupulous mainstream media, which holds forth the proposition that it is entirely possible to pick up a piece of shit by the clean end.” Sounds like the winner knew Sugar Ray Leonard, Sr.