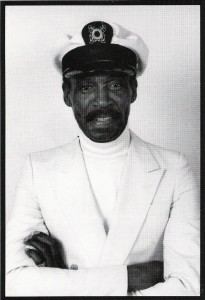 DC Mayor Muriel Bowser has named October 19th as Robert Hooks Day in Washington, DC in recognition and in honor of the DC Black Repertory Theater Company he found in 1971. The company and its alumni association and multi-media training institute will honor Ed Murphy and 11 other luminary leaders who were an integral part of the company during the two day celebration from Thursday thru Friday. The celebration will include an exhibition of 26 years of theater memorabilia that will be on exhibit on Thursday afternoon at Bus Boys and Poets located on the corner of 14th & V Streets, NW from 2:30 pm to 5:30 pm.

The celebration will continue the following day Friday October 20th at the Lincoln Theater for a Gala tribute and awards celebration. Actor/producer Robert Hooks proves the old adage “You can always come home.” He returns to Washington, DC after almost an in and out four decades of now you see me and now you don’t. He returned to Hollywood in 1978.

Robert/Bobby is a native Washingtonian he grew up in the Foggy Bottom section of NW DC now known as Georgetown. A section of town he will hardly recognized as his birth place as well as his old haunts of the Nation’s Capitol (F Street—14th Street –U Street and Georgia and Florida Avenues).

Robert/Bobby and Murph were close friends and colleagues throughout the decades of the 70s. Everyone is aware of the story of how he came back home in the 70s with this grandiose ideal of starting a theater company but had no place for an office and workshops. It was then Murph stepped in and offered the use of his warehouse (free of charge). The warehouse was located next to his restaurant. “It was only then could we begin to recruit the local talent. Without this gracious and heartfelt gesture by Murph it would have been much more difficult to get the company off the ground,” Robert/Bobby says.

He remembers, their friendship was found and shared on their love for DC and its people. “We wanted to see the city make a strong comeback from the upheaval after the 1968 riots.” The present day 2018 upheaval was not what they had in mind (gentrification). If I had to describe the relationship of Murph and Robert in a movie title, it would be “Butch Cassidy and the Sundance Kid”—much like Paul Newman and Robert Redford, they had each other’s back.

Time always brings about change and in the 90s Murph constantly re-invented himself to rise up with even more creative and unique business ventures. His attitude was if one thing failed he had no problem in trying and trying again. He could go from Superman, to Batman to Spiderman in the blink of an eye. He was always ready for the next challenge and he never needed a phone booth to change into his next suit or uniform.

In 1992, he founded the African-American Business Association (AABA), which addressed the needs of small businesses in the heart of the black community. Long before President Obama told the Congressional Black Caucus to stop whining, groaning and complaining, he was telling the black community to stop complaining and practice ‘Self-help’ and support each other, but his shout-out was all about love for his people. Murph was black and proud long before soul brother James Brown’s classic “Say it loud—I am black and proud!”

Murph’s was a hustler and gambler and his street name was ‘8 Ball’. He seldom saw a pool table he didn’t like. I met Ed in 1965 my partner and mentor Ralph ‘Petey’ Greene introduced us. H Rap Brown, Petey and I were standing in front of Sam K’s Record store located at 7th and T Streets, NW on a bright sun shiny day. The three of us had just been hired by the United Planning Organization a community self-help organization as Neighborhood Workers in the Cardozo/Shaw Community. From that day on I watched Ed play the Game called Life by his own rules without fouling out.

I first became aware of the “Power Lunch” was in the 70s when DC’s In-Crowd would gather every day during the week at Ed Murphy’s Super Club for lunch on the Georgia Avenue corridor near the Howard University campus. You could find politicians, judges, entertainers, media personalities, athletes and everyday people sitting at the bar or at their favorite table having lunch. Petey and I would meet there several days a week. We made the restaurant our secondary office.

During the holidays leading up to my Christmas toy parties for the kids, Santa’s Helpers who had names like Black Danny, Slippery Jackson, Bob Wayne, Dog Turner, Phila. Jake, Zack, Shep, etc would leave toys or evelopes for my parties at the restaurant. Ed would joke he was going to start charging us rent.

One year Joe Nesline left an evelope for me with Ed. This was strange because he usually left toys or money at Billy Edwards’ boxing gym at 9th & S Streets, NW. During lunch one day Ed came over to the table to chit chat with me and Petey. He handed me an evelope and waited until I had open it. The evelope had five one-hundred dollar bills in it and a note from Joe saying “Merry Christmas.” Ed looked at me and Petey and said, ‘No charge.’ I think Joe’s visit was out of curiosity about Ed and the restaurant. The restaurant and Harambee House Hotel had become land marks in the Nation’s Capitol.

There were other black restaurants in town during that era, Sylvia’s and Billy Simpson’s but none could match the locker room camaraderie of Ed Murphy’s Supper Club—when you walked in you could feel the energy and everyone felt connected!

Face’s Restaurant was another Georgia Avenue landmark that came close to matching Murph’s supper club but in the final analysis it was still a distant second.

Murph, had no problem calling out politicians, ministers, business leaders to support each other. He was convinced if we spend just a portion of our 4 billion dollar annual income within our own community, we would be upholding the true meaning of Harambee (Swahili pulling together). He, was unlike today’s businessmen, ministers, politicians and community advocates, he was a man for all seasons and all people. He made an effort to be Inclusive instead of Exclusive. 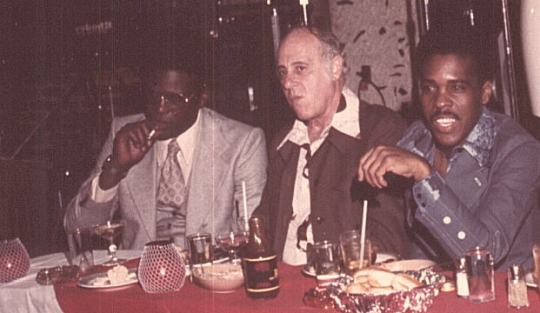 It was nothing unusual to walk into the restaurant and see me having a “Power Lunch” with Boston Celtic greats Coach Red Auerbach and KC Jones, or Roy Jefferson, Jim Brown, Willie Wood, Bert Sugar, Spencer Haywood, etc.

Murph, also started the Annual Small Business Awards dinner, each year he honored small business leaders who were often overlooked. He was an advocate for small business. He coined the motto and creed for (AABA) “Spending our dollars where we create jobs and opportunities for others in our community”. Ed and Pearl became a team in—–and found the African-American Media Incubator which was the first African-American broadcasting school in the country.
Gentrification was not a part of their ‘Game Plan.’

Ed and Robert friends to the end–it was one for all and all for one.

Ed hit the jackpot in 1991 when he married Sharon Pearl Murphy. There was now a sheriff in town and she had his back. There many great community and business projects they collaborated on but founding the African-American Media Incubator (AAMI) was truly a milestone. It was the first African-American radio broadcasting school in the country.

On Saturday October 15, 2011 the legacy of Ed Murphy lived on as City Leaders met on the front lawn of Howard University Hospital. They re-named Byrant Street, N. W, “Ed Murphy Way.” He lives on now again as the DC Black Rep remembers him, a man who did it his way! Ed Murphy’s Supper Club was one of a kind much like the man himself.

P. S. There will be two more men receiving DC Black Rep Luminary Awards who touched me and inspired me to be all that I should be, my mentor and go to hell friend, Ralph ‘Petey’ Greene. I became a mentor to Darrell Saabs when I was on the football coaching staff at Cardozo High School in the late 60s. He was a first team All-Inter-High defensive back. Congratulations!