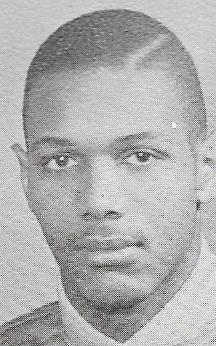 I just finished addressing a topic centered around the most expensive places to live in America and how we got there and how DC became one of them. Those of us who have been in the war zones of the inner-city all of our lives understand how we got there. We have been SOLD OUT by our own. We have watched “Chocolate City” go to vanilla in one scoop. Simply by making the proverbial Even Playing Field, UNEVEN. Its called GENTRIFICATION (higher taxes to force people of color out of their homes by any means necessary).

The criminal Justice system continues to be based on JUSTICE & JUST-US! America incarcerates more people than any other place in the WORLD. People of color make up 60% of the prison population. Prisons are now big business and can be found on the NY Stock Exchange and they are controlled by all white millionaires (sounds like the NFL)! As long as the 1% doubles the salary of a black man and the white woman is considered a minority, there will never be an EVEN PLAYING FIELD in America. All the blames does not fall at the doorsteps of white folks. This plan was implemented and helped along by every Black politician in office in America, including the Mayors in the Nation’s Capitol starting with the “First” Walter Washington, and our Mayor for Life, Marion Barry and now Muriel Bowser has picked up the ball.

In PG County you had Jack Johnson stealing the system blind and Rushern Baker going along to get along. There is no help in sight. In PG County Donna Edwards needs a job. She has decided to run for County Executive and play “Dirty.” Politics are “Dirty” so she is right at home. The front-runner is the best bet, but she has some of The Usual Suspects” in her closet waiting to pounce. The most courageous politicians in the state of Maryland are the ones who are trying to unseat “The God Father” of Maryland politics, Mike Miller. Their slogan, “Mike take a hike.” You have County Executive Rushern Baker and former NAACP President Ben Jealous running for Governor against incumbent Larry Hogan. No help in sight on either side of the isle.

We have to understand when the definition for success in America is determined by a dollar bill, there will never be an EVEN PLAYING FIELD. How can there ever be an EVEN PLAYING FIELD when the 1% makes double the salary of a minority man and a white woman is considered a minority? Whether you have noticed it or not America has become one of the most dangerous places to live for children who want to grow up to be healthy, wealthy and wise. And by the way, I have never been to Africa and I am not interested in going back.

My friend community and youth advocate George Hodge recently ask the question “Why have our kids turning in their books for guns—I think the answer is that they see the greedy never making it an “Even Playing Field.”

There was a recent story on NBC News with Lester Holt reporting, the story was relating to a former DC Detective teaming up with a former DC Drug King Pin. The two grew up together and played on the same middle school 9th grade basketball team. One chose a career in law-enforcement and the other chose a career in drugs—great story, but it sounded too much like the story of Andrew Johnson and Harold Bell(native Washingtonians). We played 12 and under baseball and were high school basketball teammates. Andrew and I both played in college.

My success was not built on selling drugs or being locked away in a penitentiary. Andrew and I started to work with at-risk children in the early 60s. He was a DC cop walking the beat in the U Street corridor and I was a Roving Leader working with youth gangs in the same community. My life on the mean streets of DC is legendary.

Andrew and I became a “Team” working with at-risk children and the rest is community and law enforcement history. I found my non-profit organization Kids In Trouble after the 1968 riots almost destroyed our hometown. Andrew would move from walking a beat to become the No. 1 DC homicide detective. He would later travel the world as a DEA agent. He retired as a DEA supervisor. Today he is still a mentor to at-risk children. Our story was already documented and the NBC News story was repeated history, history that had already been made, but ignored. NBC NEWS just didn’t do their research or homework. The bottom-line give credit where credit is due. My non-profit organization Kids In Trouble has hosted more Youth Gang Summits and Police Community Relation forums than any other non-profit in the DMV. Hats off to the two childhood friends who decided to pick up the ball and continue the journey. Wishing them much success.