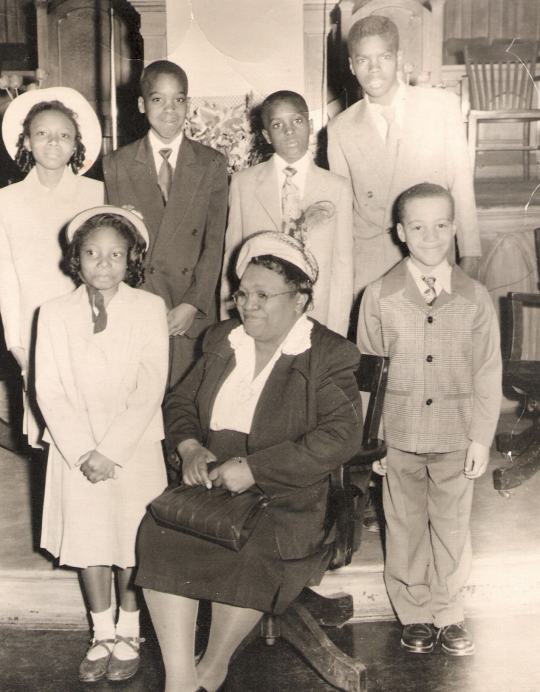 Inner-city youth seen on any street corner in U. S. with pants hanging down and no church in sight (2018).

When I saw the top photo taken in Harlem in the 1920s it reminded me of my family’s church on Sundays at Mt. Airy Baptist Church in NW Washington, DC. The photo looks like big brother is proudly escorting and holding hands with his sisters on the way to church. It was how me and my cousins attended church on Sundays leaving Grandma Bell’s house in NE DC. The other photo reminded me how we have hustled backwards in time. In the 1920s black children in Harlem, could not wait to get to church and now in 2018 children are standing on street corners on Sundays in inner-cities across America with their pants hanging down waiting to go to jail, harden criminals are waiting there to pull their pants down further.

My question is, where and how did we lose it and why? Lets start with the greedy black church, black politicians taking money under and over the table and Justice & Just-Us and lets not forget black folks who think they have made it, especially the dysfunctional black family who steal from each other.

Amy Tyler Bell was a Grandma in charge. She was the head of the Bell clan in the late 40s and 50s. She was Clint Eastwood (Make My Day), Charles Brunson (Death Wish), Arnold Schwarzenegger (The Terminator) and Wesley Snipes (Demolition Man) all rolled into one. Her swat team was made up of my Aunts, Sara, Helen, and June all had backhands that would have made Venus and Serena proud. My uncles Dwight, Ralph and Hope were cool cats. They were the peace makers when a kind word was needed when Grandma Bell’s New Jack City enforcers (aunts) were on a rampage. My aunts and uncles were like, “Good Cop and Bad Cop” and sometimes they would switch roles within the blink of an eye. You could not play one against the other. Grandma Bell ran a tight ship.

Church on Sundays at Mt. Airy were like revivals. My Great-Grandfather the Rev. Alfred Johnson Tyler laid the first brick to build the church in 1893.

Grandma Bell played the organ and led the choir that consisted of my aunts and uncles and they could sing like humming birds. My Great uncle the Rev. Earl Tyler was the preacher in charge and he could preach like Martin Luther King and sing like Paul Roberson. Services started at 11 am and if you were not in your seat by 10:45 you didn’t have a seat and you had to stand against the wall. Grandma Bell would give us youngums with seats that look and we have to get up and give it to a vistor or an elder. If you moved too slow she would call your name out loud and embarrass you. Grandma it seems knew every youngster in the church by name. She would call one name out loud (usually one of us) and every young person in the church would get up and give their seats to an elder.

We could not wait to get to the dining hall in the basement of the church after services. The Sunday meal of hot rolls, fried chicken, potato salad, greens, macaroni and cheese, home made pies, cakes and sweet tea were meals to die for. After eating we would walk our meal off with Uncle Earl and Grandma Bell by visiting the sick and shut-in at Freeman’s Hospital. The Tyler House is named after my Great Uncle, the Rev. Earl Tyler. The 199-unit is a low-income housing complex for senior citizens, located two blocks north of the church at North Capitol Street and New York Avenue, NW.

Legendary vocalist Bill Withers lyrics describes my grandmother to a “T” in song with his classic rendition of ‘Grandma’s Hands!’

He opens up with “Grandma claps in church on Sunday mornings and plays the tambourine so well.”

Interpretation: Every Sunday Grandma Bell clapped in church on Sunday mornings and played the organ so well.

*Bill then says, “Grandma issues out a warning, baby don’t you run so fast there maybe snakes in that grass.”

Interpretation: When I became a radio sports talk show host Grandma Bell advised me to always tell the truth. She explained a lie will change a thousand times, but the truth never changes. The advice help make me a success as a pioneer in sports talk radio and changed the way we talk sports in America. There were plenty of snakes, but they were not all in the grass, most were found crawling in political office–no change there.

*His next stanza was, “Grandma Hands soothed the local unwed mother, she said I know that you really love that man, but put it all in Jesus hands.”

Interpretation: The local unwed mother was Mattie Smith, my mother a country girl from Sumpter, S. C. She was 6 months pregnant with me when my “Dead Beat Dad” Alfred Bell a native Washingtonian and Grandma Bell’s son decided to move to Brooklyn, New York. My older brother Alfred ‘Bobby’ was the first son Grandma Bell had taken into her home. My mother was pregnant with me and he leaves DC and she follows. I was born in King’s County Hospital in Brooklyn, New York. Grandma tried her best to get him to do the right thing, but he wanted to be a ‘Play Boy!’ He finally marries my mother after she gets pregnant with my brother Earl. Having babies today and then getting married LATER is the norm, but Grandma Bell was having none of it in the 30s and 40s from her sons and daughters.

*Bill’s next lyrics really hits close to home when he says “Mattie don’t you whip that boy, what do you want to spank him for, he didn’t drop no apple core.”

Interpretation: Grandma Bell would not allow my mother or father to spank us. She and my aunts were the only ones allowed to discipline us. When my mother finally came and got me and my brother Earl to take us to live with her in a new NE housing project, we cried bloody murder. We did not want to leave Grandma’s house. Grandma Bell made my mother an offer she could not refuse, she would keep my older brother Bobby and raise him–case closed.

The Urban League’s new foundings on “The 2018 State of Black America” is mis- leading, they point fingers at Bill Gates and Silicon Valley the tech giant of America. The claim, “Silicon Valley Slow Hiring Blacks Despite Our High Use Of Tech.” And don’t forget President Donald Trump!

In February 2018 a report surface saying, “No progress in Black America in 50 years after the 1968 Kerner Report established by President Lyndon B. Johnson to investigate why there was so much unrest in Black America. The findings clearly stated we were headed for ‘Two Americas, one black and one white!’ It closed saying, ‘high school diplomas and college degrees made little or no difference in the hiring practices of White America.’ Welcome to “One America” 2018.

There will never be an “Even Playing Field” when it comes to equality in Black America.” Why? The 1% will never share the power or the dollar bill. Success in America is based on the dollar bill. The safe guards the 1% put in place to protect their interest is as follows; The Supreme Court ruling in 2014 that unlimited money could be given to political candidates running for office was the beginning of the end to there ever being a ‘Even Playing Field’ in America.

In 1987 the Supreme Court use another to keep us behind the proverbial “8 Ball.” They voted 6-3 extending preferences in employment for white women and minorities? I am still trying to figure that one out! Justice and Just-Us is another tool being use, thanks to the criminal justice system our jails are overrun with people of color. According to a recent report by Global Research: The Prison Industry in the U. S. is now Big Business. Many question whether it is another form of slavery? The jails are run and controlled by white millionaires. These institutions can now be found on the stock market on Wall Street. The U. S. has more people in jail than any other place in the world. Private prison stocks are up 100% since the Presidency of Donald Trump.

Genification is another tool, white folks are taking back the inner-cities in America and displacing people of color by imposing higher taxes leading to their exits to parts unknown (ghettos and section 8 Housing). This is a well thought out plan that has led to black on black murder in our streets and our communities. When people of color are packed into these type of environments they are going to commit crimes of violence against those who are closest to them.

My heroes to this day are black women, they laid the foundation for who I am. Grandma Bell could not shoot a jump shot, hit a baseball 400 feet or throw a football 60 yards in the air, but she was a superstar in the game called life. A game where people of color are fouling out minute by minute, especially our children. A change is not coming until our children pull up their pants and their parents (most are children themselves) grow up and lead the way.