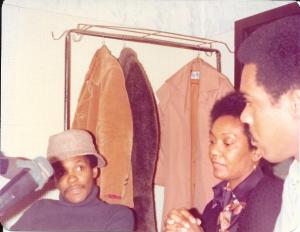 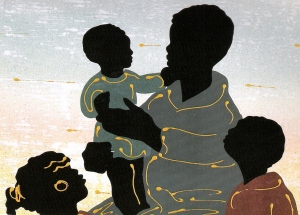 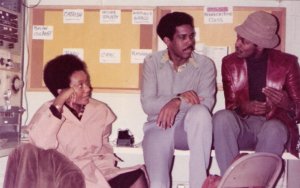 Dr. Welsing and Dr. Gilmore have my undivided attention on their guest appearance on Inside Sports in December 1972 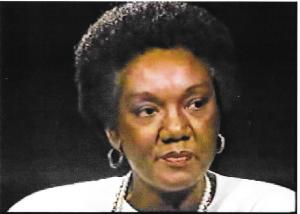 When I received the sad news of the passing of Dr. Frances Cress Welsing at the age of 80 in an e-mail from Dr. Al-Tony Gilmore, I had to step away from the computer and take a deep breath.  Back in the day she was like a sister I never had.

I had no idea her age, because I always thought she was younger and definitely smarter. There were no better interviews then Dr. Welsing and Dr. Harry Edwards when it came to the topic of Human Rights.  She was a regular guest on Inside Sports in the 70s.

I tried my best to book Jim Brown or Dr. Harry Edwards on the show when I had Dr. Welsing but it was always a scheduling conflict.  The show would have been a master piece on racism, today and yesterday. This would have been one of those shows where birds of a feather flocked together—three brilliant minds to include, Dr. Gilmore joining Dr. Welsing in studio.

Dr. Welsing never got the props that she deserved.  She was “Black Balled” by a HUCB, Howard University.  She was an assistant professor of pediatrics in the school of medicine.

In 1974 her paper the “Cress Theory of Color-Confrontation” received national attention and the Powers-To-Be at this historical black college decided not to renew her tenure.

After her sudden departure from Howard University she would spend the next two decades as a staff physician for the Department of Human Services here in DC.

Howard University wanted nothing to do with her while she was living but now celebrates her in death.  On Saturday January 23, 2016 there will be a Memorial from 11:00 am until 3:00 pm held in her honor at Crampton Auditorium on the campus of Howard University—how ironic.

The one thing we had in common was her love of children.  During her tenure at the Department of Human Services she was a specialist in both child and general psychiatry, gaining particular acclaim for her work with young people.

Dr. Welsing was also a celebrated scholar who studied the origins of white supremacy from a psychological and biological perspective.  She was also, a proponent of the “Melanin Theory,” which espouses black superiority due to a higher concentration of melanin in people of African descent.  Her theory did not go over too well in major media.  The proof is in the pudding, check out the obituary columns in the Washington Post since her death two weeks ago.

As a psychiatrist, Dr. Welsing used Freudian symbolism to explain white supremacy, including the interpretation of guns, money, the cross and gold.  She has faced some controversy regarding her stance on homosexuality, which she said was imposed on black men by whites who wanted to reduce the Africa population.

Dr. Welsing, is perhaps best known for her 1991 book, The Isis Papers, which reportedly came about after 20 years of research and analysis from her private practice. It is considered required reading for those interested in the psychological origins and manifestations of white supremacy.

If you are looking for a story on this great lady in major media as it relates to her outstanding work and contributions to American History, don’t hold your breath.

Greg Carr, head of Howard University Department of Afro-American Studies, said it best, “The fact that she was largely unknown and/or caricatured when discussed at all in white public discourse reflect the tremendous gap that continues between black and white public spheres.

Dr. Frances Cress Welsing was a warrior and a stand-up lady that I admired and respected.  Dr. Welsing will truly be missed.  RIP my sister.