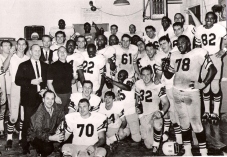 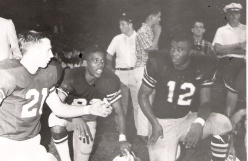 Virginia Sailors “We are the champions” back to back

The last second NE Patriots 28-24 win over the Seattle Sea Hawks in Super Bowl XLIX was in part thanks to the worst play ever called in pro football history.  With the outcome of the game on the line, Seattle had the ball on the one yard line, third down, one time out and 20 seconds left in the game. In the Seattle backfield was stood one of the most feared and brutal runners in the NFL, Marshawn Lynch.  Then came the call heard around America, “a slant-in from the one yard line to the wide receiver.”  It is the last place you would want to try to complete a pass.  First, it was close quarters and there was the possibility that one of the Patriot’s lineman might tip the ball for an interception or the worst case scenario the defensive back might jump the pass route and intercept the ball—guess what happen?

The defensive back jumped the route and intercepted the ball.  Two downs, a timeout and a 240 pound running back wasted–game over.

My journey as a wide receiver started with me playing pick-up football in the streets and alleys in my NE DC housing project.  Comedian Bill Cosby’s rendition of “Street Football” found on one of his early comedy albums described how the game was played in my neighborhood.  I then moved on to Spingarn High School where I would become a pain in the butt to my coaches and some teammates.  I always wanted the ball when the game was on on the line.  I never saw a football I could not catch.  My high school coach Dave Brown instilled in me that anything that touched my hands, I should catch and I believed it.

I carried that same “Throw it to me” attitude to Coach Bighouse Gaines and Winston-Salem State University, on to Perry Moss and the Charleston Rockets minor league football team in Charleston, West Virginia, and back to my hometown where I chased my NFL dream with Coach Billy Cox and the Virginia Sailors.  The Sailors were a minor league team for the Washington Redskins.

The two years I played with the Sailors we won the Minor League Championship two years running.  We were blessed with some great athletes and one of those athletes was a 6’3 240 pound halfback by the name of Hezekiah Braxton.  He was out of Virginia Union University in Richmond.  He could run by you or run over you.  Make no mistake when the ball was on the one yard line there was little doubt who was getting the ball.  This brings me back to Super Bowl XLIX.

The pros and cons in social media about the merits of running or throwing the ball on the last and final play of the game was deafening.  Some of the conclusions reached were evidently made by some folks who just watch football during the Super Bowl.  And then there were those who were out looking for a good party and at the same time stumbled on to a football game.

I browsed different sites on the internet listening to the Monday Morning Quarterbacks and the paid idiots of ESPN.  It was here you would find the chief “Know it all” Stephen A. Smith on ‘First Take’.   The guys who played the game (NFL) gave the best analysis, but Stephen A. Smith was also on the one for a change.  He totally disagreed with the play called by Seattle Coach Pete Carroll and predicted the call would haunt Carroll for the rest of his NFL career, I totally agree.

It was on Face Book that I found the most confusing analyst it was a buffet of thoughts, opinions and folks who just wanted to join in the conversation. The comments sounded like most had not seen the game or just didn’t have a clue to what was going on.

There was one guy who I think calls himself “The In-House” sports expert of Face Book!  While the discussion centered around on whether the final play of the game was the correct call, he took the conversation into 2016 saying “The Sea Hawks need to come up with some better wide receivers for next year?”  I agreed, but what does that have to do with the final play called in this year’s Super Bowl?

Was it the right call on the one yard line with three downs to get the touchdown with 20 seconds left on the clock and one time out?  And the most important question of all, Marshawn Lynch is in your backfield, the most dangerous runner in the Super Bowl, should you run or pass–whats in your wallet? 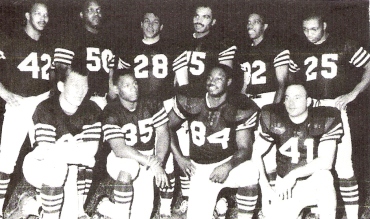 I have always argued the point and disagreed with those experts who claim you need a good running game to be successful in football.  The short pass is the most dangerous play in football (down and out, slants, curls, etc).  It not only sets up the run but also sets up the long pass down field.  My idol growing up and watching pro football was NFL Hall of fame WR Raymond Berry of the Baltimore Colts.  He was not fast of foot, one leg was shorter then the other and he was slight of built.  Berry ran the best down and out pass route I have ever seen in pro football.  He and NFL Hall of Fame QB Johnny Unitas were the deadliest combo in the NFL when it came to the short pass.

The NE Patriots out played Seattle only because they were able to complete the short pass and break the tackle after the completion against one of the best tackling teams in the NFL.  NE had no running game because Seattle shut them down at the line of scrimmage (their running game was the short pass).  Seattle out played NE on both sides of the ball but the worst called ever made in a pro football game was made on Super Bowl Sunday 2015, it was made from the one yard line in the closing seconds of the game.  The bottom-line, it makes no difference who runs the ball better, or gains the most yards on pass receptions or makes the worst call ever in pro football.  The only thing that counts is the final score!

Coach Pete Carroll and QB Russell Wilson have both said, the botched play from the one yard line will not define them, I got some bad news for them, if they don’t get back to the Super Bowl and win it— it will be the defining play of their careers.

Getting back to the Super Bowl will be a difficult task because so much depends on good health, good luck with the officiating, and hoping the competition does not improve.  My other problem, for those who are stuck on stupid (Monday Morning QBs and the pro football players) and claim you have no problem with the fatal passing play called on the goal line, I will say this, “I hope you will never become a coach of little children.”

My question to you, “What ever happen to Common Sense?”