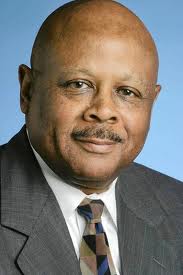 When I learned of the passing of Washington Post columnist William Raspberry on Tuesday July 16, 2012 I was moved to remember the song “The Way We Were.”

I met Bill along with my mentor and friend the late legendary radio icon Petey Green in Face’s Restaurant in Washington, DC.  This was shortly before the riots in 1968.  Face’s was a hang-out for the so-called “In Crowd” in what was then known as “Chocolate City!”

Petey and I were sitting at the bar debating whether the Redskins would win a game during the upcoming season and he looked over at this little guy sitting a couple of bar stools away and asked “My man what do you think?”  Bill looked up from his plate and said “Man I don’t have a clue I am from Mississippi!”

As only Petey Green could the conversation went from the Redskins to picking cotton.  He made Bill laugh so hard he had to get up and go to the bathroom before he peed on himself.  The three of us would become fast friends and football, kids and politics would be our topic of conversation for the next several hours.

Petey was than working with the self help group the United Planning Organization as a Neighborhood Worker, Bill was working for the Washington Post (he never mentioned he was a writer) and I was working for the DC Recreation Department as a Roving Leader (Gang Unit).

We would meet at Face’s on Friday (lunch or Happy Hour) for its legendary fish fry.  Ms. Booker cooked the best fish in town.  I don’t remember when Bill told us he was a writer but there were two things Petey pretended to hate, the Redskins and anybody who wrote for the Washington Post!  But, Bill passed the smell test because he and Petey got along fine.

My wife Hattie and I founded the Hillcrest Children’s Center Saturday Program and Kids In Trouble in December 1968 (the result of the 1968 riots).  The Center was located at 14th and W Street s in northwest DC.  The program was housed in the old Turner’s Arena where legendary entertainers once performed and it was the first home of the now world famous WWE and wrestling promoter Vince McMahon ,Jr., (he took over the mantle handed down by his father and James Dudley).  Mr. Dudley lived directly across the street from the arena and was Don King before Don King.  He was the first black to be inducted into the WWE Hall of Fame.  He was also my “checks and balance” guy.

The building was then the Hillcrest Children’s Center.  The Center was run by Children’s Hospital and catered to children with behavior problems.

During the riots there was talk of burning the building down because the neighbor children resented the fact that they were not allowed to use the building.  The center had an indoor swimming pool, indoor and outdoor basketball courts and classrooms.  It didn’t make it any easier when black neighborhood children would see white kids parading in and out of the building during the week.  The building was closed on the weekend (special needs children would sometimes stay over night and into the weekend).

The administrators became concerned when the neighborhood children begin to harass the staff and their clients verbally.  Someone in the community brought me to the attention of Center Director Nicholas Long as “Mr. Fix It!”

A Monday morning meeting was arranged for me to sit down with Dr. Long to discuss how to mend the fences between the center and the neighborhood.  Without my knowledge Dr. Long had already devised a “Game Plan.”

The plan was for me to coordinate and oversee a Saturday recreation program for the neighborhood kids!  I didn’t think much of the idea because it would intrude on me moonlighting as a wide receiver for a minor league football team on the weekends.  The Virginia Sailors was an affiliate of the NFL Washington Redskins.  I still had dreams of becoming a player in the NFL.  I left the office of Dr. Long saying “I would think about it.”   What I was really saying was “No way.”

I could not wait to catch up with Petey and Bill on Friday at Face’s to get their opinions on how to get out of making a commitment to this “Dream Buster” of an idea!  I called Petey and Bill to make sure we were still on to meet because sometimes one of us would be a no-show because of prior commitments.  Petey could not make lunch so we agreed to meet at the evening “Happy Hour.”

Bill had never seen me play for the Virginia Sailors but Petey would come out to the home games played on Saturdays in Reston, Virginia.  He would leave usually at half-time without acknowledging he was there (Hattie would see him coming and going)!  He was a student of the game.  Petey could tell me precisely what pass patterns I had run and exactly when I would be free lancing on my own.  He would always say “You would have made a great actor!”  It was all a part of the on field game that I played with the defensive back to get the upper hand.

The meeting at Face’s took a turn for the worst when both of them jumped on me for putting football ahead of the kids.  I was surprised when Bill said, “You need to do this and we got your back.”  Petey just looked at me and said “Don’t look at me!”  The decision was made and the rest is community history.

My Spingarn high school teammate Andrew Johnson was a DC cop in the neighborhood and my brother Earl both physically covered for me on the weekends when the team was out of town.

Bill Raspberry’s word was good (unheard of today in media), during our relationship he never lied to me.  You could carry his word to the bank.  Folks in media run a close second to politicians when it comes to telling a lie.

Bill and I didn’t always agree, if I brought something to his attention and he didn’t feel comfortable addressing, he would say “Harold I am going to pass on that one you handle it” and I would!

For the next decade Bill’s columns would challenged the DC Police Department when they refused to allow my brother Earl K. Bell employment because of his juvenile delinquent past.  Shortly after his story was published the department back tracked and hired him.  There would be several other stories in his column with me as the focal point.  He really had my back as he followed my trials and tribulations in the community as it related to kids in trouble.

With Bill and Petey showing their support by participating in my community endeavors others would follow their lead (athletes, judges, politicians, entertainers and media personalities, etc. joined the team).  It also didn’t hurt to have their VIP wives Sondra and Judy in their ears as back-ups on my behalf!

William Raspberry’s support allowed me to excel and blossom as a Youth and Community Advocate.  He also gave me an earful when he thought my radio show the “Original Inside Sports” was politically incorrect, but it was always “Constructive Criticism and never Destructive Criticism!”

We went our separate ways over a trivia disagreement and for the past 2 decades we have been like ships passing in the night (never seeing each other).  Much like Petey, Bill died without me telling him how much I appreciated and loved him.

In December 2012 Hattie and I will celebrate and coordinate our 44th Annual Christmas Toy Party for needy elementary school children (without grants or loans).  The first was held at the Hillcrest Children’s Center Saturday Program in 1968.  It only happened because Bill Raspberry kicked me in the butt and made me get my priorities in order when I truly needed to.

Thanks Bill and Sondra.